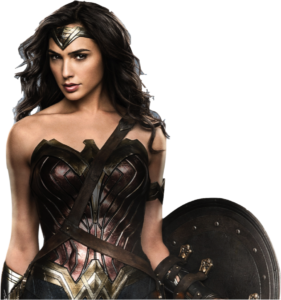 I considered Wonder Woman to be the greatest of the newer DC movies, so when Wonder Woman 1984 was announced, my expectations were sky-high. 1984 could very possibly be the greatest year in pop music history (and one amazing year to be born) so I was pumped for the soundtrack as well as the movie. “Thriller” was released as a radio single, Madonna released the
“Like a Virgin” album, and Prince released the album “Purple Rain”. That is just scratching the surface. It is just an unmatched year in pop music history.

Whether Wonder Woman 1984 was a good movie or just a collection of missed opportunities has been a hot topic on social media and in many film blogs. I don’t want to beat a dead horse, but as a DJ I feel compelled to address the fact that the soundtrack to a movie set in the 80’s had ZERO 80’s music. ZERO. How is it even possible that no one at Warner Brothers brought this up? As a wedding DJ I have seen firsthand the power of a good soundtrack on the public. The Guardians of the Galaxy soundtrack has been influencing our clients’ requested playlist for years.

Here is my unofficial list that would have fixed the soundtrack and made the movie significantly better. Let us know what you would add to the list?

“When Doves Cry” Prince – 1984. At the top of many greatest songs of all times list, I find it hard to believe Diana could have gone anywhere in 1984 without hearing this song playing.

“Dancing in the Dark” Bruce Springsteen 1984